The Scottish Episcopal Church is a deeply Scottish Church whose roots can be traced back to the beginnings of Christianity in Scotland. Its history is interwoven with the whole story of Christianity in Scotland, back to the Celtic Saints like Ninian and Columba and through the Scottish Reformation and all the turbulence that followed. During that period, lasting over a century, its distinctive identity was formed, as Scotland saw constant alternation between an Episcopal and Presbyterian national church. The 1689 Revolution finally established the national church as Presbyterian and an independent Scottish Episcopal Church was formed. 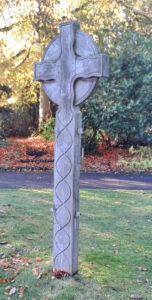 The SEC has seen many changes. However, its distinctive worship and commitment to Scottish communities remains constant. In recent years it has become known for its involvement in the social issues affecting Scottish society. As a member of the Anglican Communion, which has a world-wide spread of distinctive and unique provinces, it has a global vision of its place in the world church. The SEC today pursues its calling to mission and ministry in the very secular and increasingly diverse context of Scotland and the rest of the world.

In character, the SEC is diverse. The church celebrates diversity and likes to consider itself to be a thinking church, valuing a high standard of preaching. Alongside that thoughtfulness goes a deep commitment to spirituality and prayer.

In its governance, the SEC is collegial and democratic rather than centralised and directive. It delights in its non-established status. It is deeply committed to civic society and public discourse, but is more a community of disciples than an institution with membership.

There are seven Scottish regions of the SEC, each known as a Diocese. These form the structure of the church and each Diocese is run by a Diocesan Bishop who oversees the spiritual and practical concerns of the clergy and lay people within their own Diocese.

The seven Bishops see themselves as ‘leaders’ of mission’ and the church attempts to draw into its life people who are beginning to travel a journey of spirituality. The seven Bishops together comprise the College of Bishops. Within the College a ‘primus inter pares’ is elected to act as ‘first among equals’ in his role as Senior Bishop. The current Primus is the Most Rev Mark Strange, Bishop of Moray, Ross and Caithness.

You can join us every Sunday at 11:00am for a covid-compliant eucharist – or take part on Zoom if that makes you feel more comfortable

Whatever your need, we’d like to help, so do please get in touch with us … find out how to do it on
this page